We begin our workshop by providing a conceptual overview of what exponential random graph models (ERGMs) are and what they do.

Our task is to study a set of relational outcomes that’s part of a social or political (or other) system.

What are relational systems?

An interdependent set of relationships/interactions among units in a system.

We can understand and represent these systems as networks

This is a simple network plot of some conflicting actors in the post-Cold War Levant region. 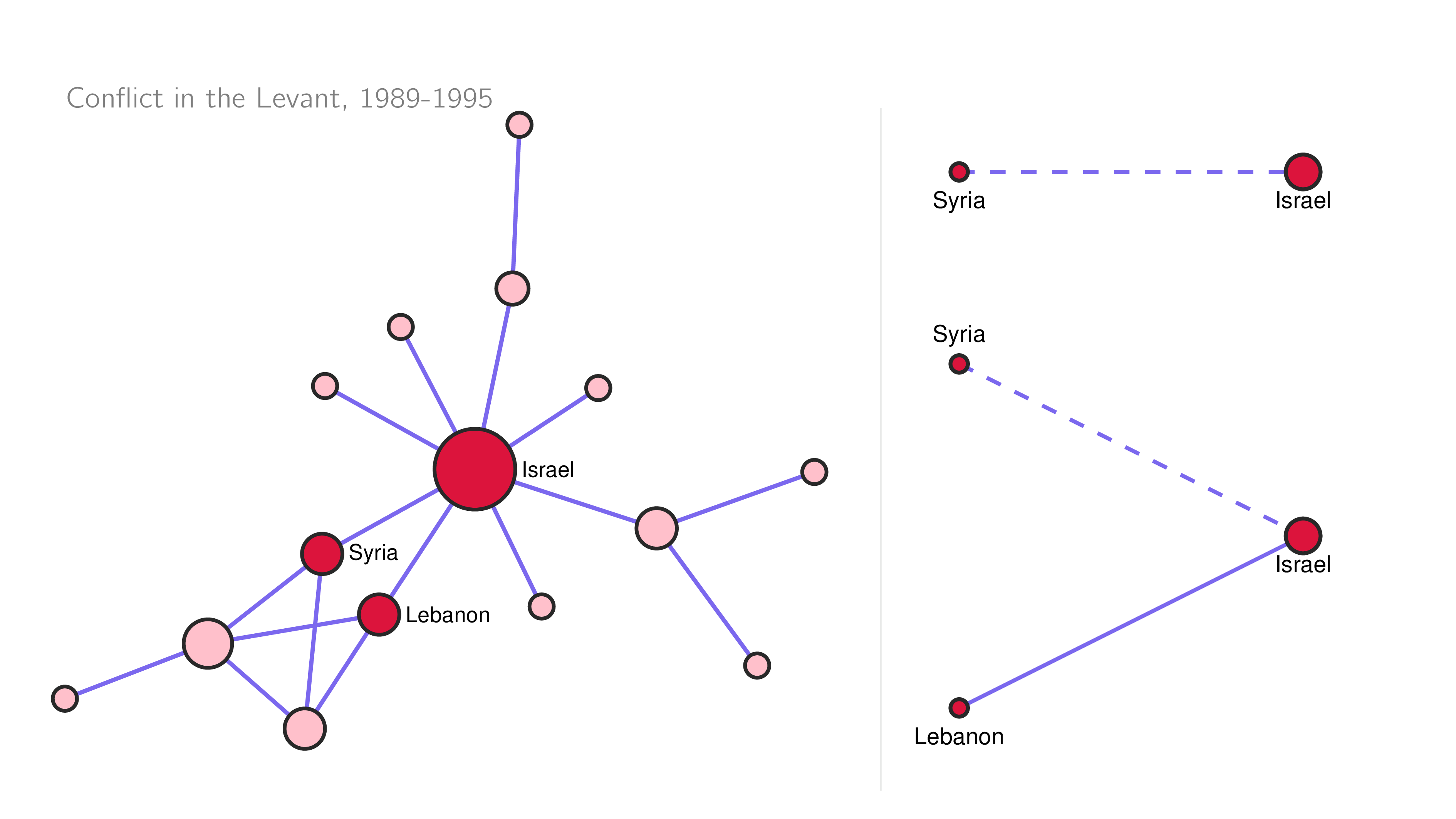 How would we begin to analyze this system? What predicts conflict tie formation?

Let’s use Israel and Syria as an example:

But what about the role of Lebanon in all this?

Think about the concept of preferential attachment:

What happens if we analyze this kind of data with classical regression methods?

In this case, the predictors is a vector of unit-level (i.e. dyad/directed dyad) variables.

We need a statistical model that can:

This brings us to the exponential random graph model.

The exponential random graph model is a family of models used for statistically modelling the generative features of an observed network.

The ERGM can be expressed in two ways:

These are equivalent. Let’s go through each of the different components of the expressions with a focus on the “relational outcomes” and the “generative features”.

These are our outcome variables. They are the conflicts, collaboration, citations, friendship, influence, or learning we want to study.

One of the important aspect of the ERGM is that it treats the set of outcomes as a multivariate distribution. 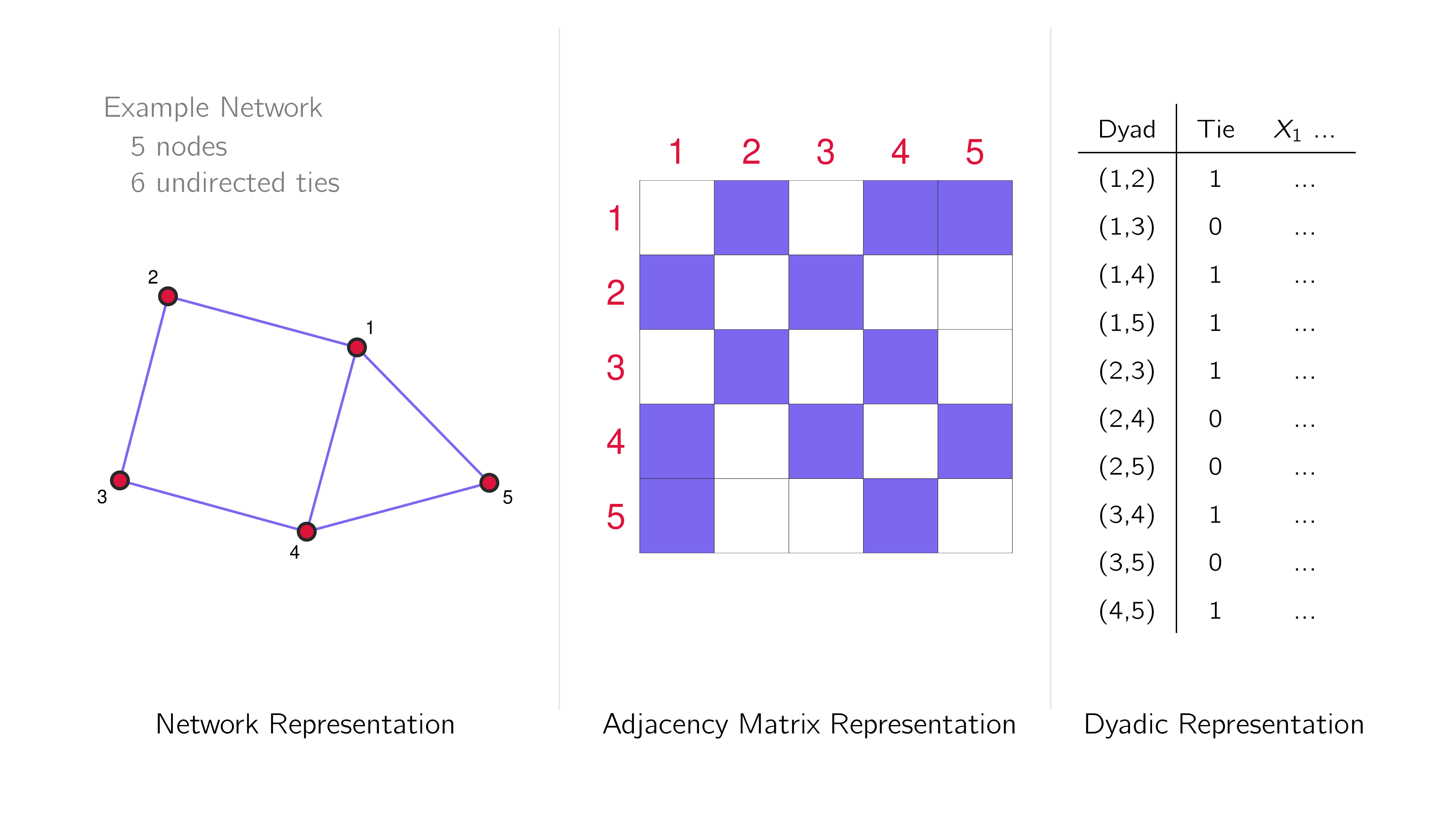 Generative features are factors/effects/variables that contribute to the formation of a tie on the network.

In ERGMs, they are specified as local network configurations.

network: total count over the network

dyad: number of configurations the dyad contributes to/is a part of

They are the observable manifestations of tie combinations given your theorized social process.

ERGMs can include actor- and dyad-level factors just like the traditional logistic regression.

Endogeneous effects are generative features that go beyond the dyad. The are commonly called “network effects.” 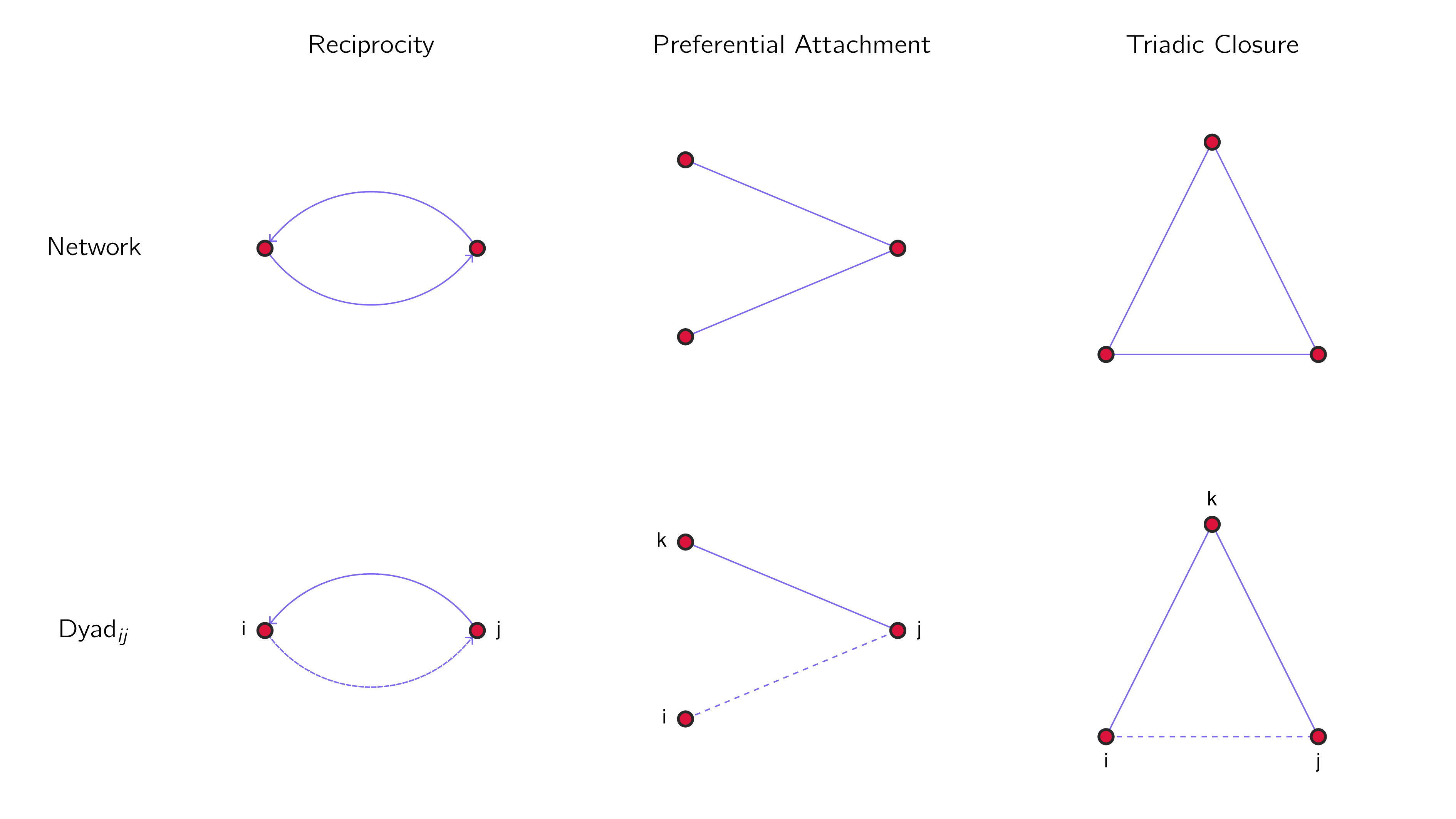 Are actors likely to reciprocate ties? (Only works for directed networks.)

Are actors with more ties more likely to get even more ties?

Are actors with shared partners more likely to form a tie?

Summary of some common network effects

These are effectively interaction terms between local network configurations and exogeneous covariates.

For example, We can also have conditional triadic closure.