Extensions to the Basic ERGM

Now that we have a general understanding with ERGMs and some familiarity with using them in R, we turn to a conceptual discussion of extensions to ERGMs. The purpose of this discussion is to provide you with a preview of what the basic ERGM can do with two tweaks.

Constraints are researcher-specified dyads where observed outcomes are not modelled as outcomes.

More important for the current discussion, constraints can be used systematically to produce specific network types

Bipartite networks have two different types of nodes; ties can form across types but not within types. 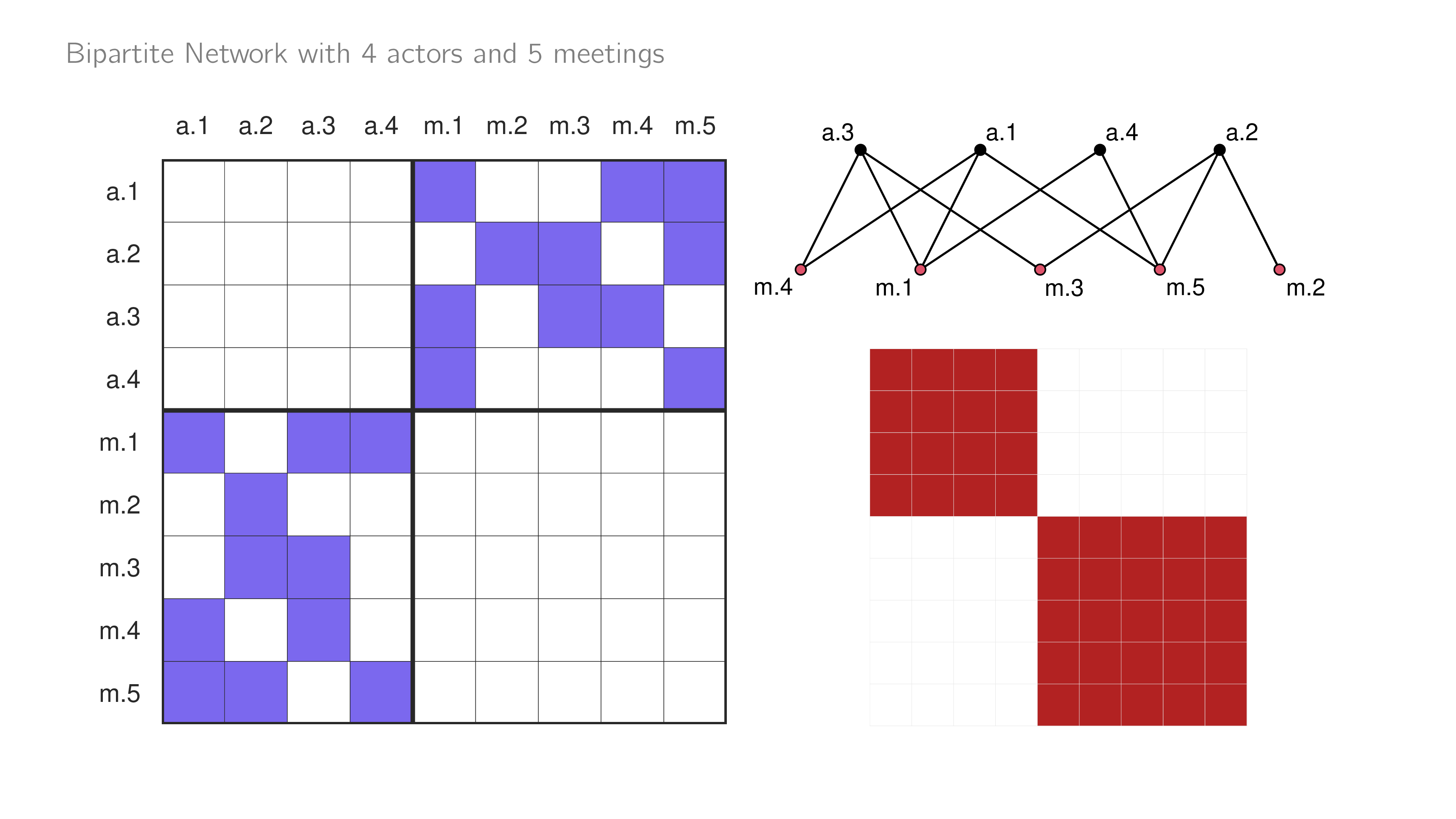 Constrained to no ties in the main diagonal blocks.

Bipartite networks are very common, and the ergm package has a lot of support for fitting these networks 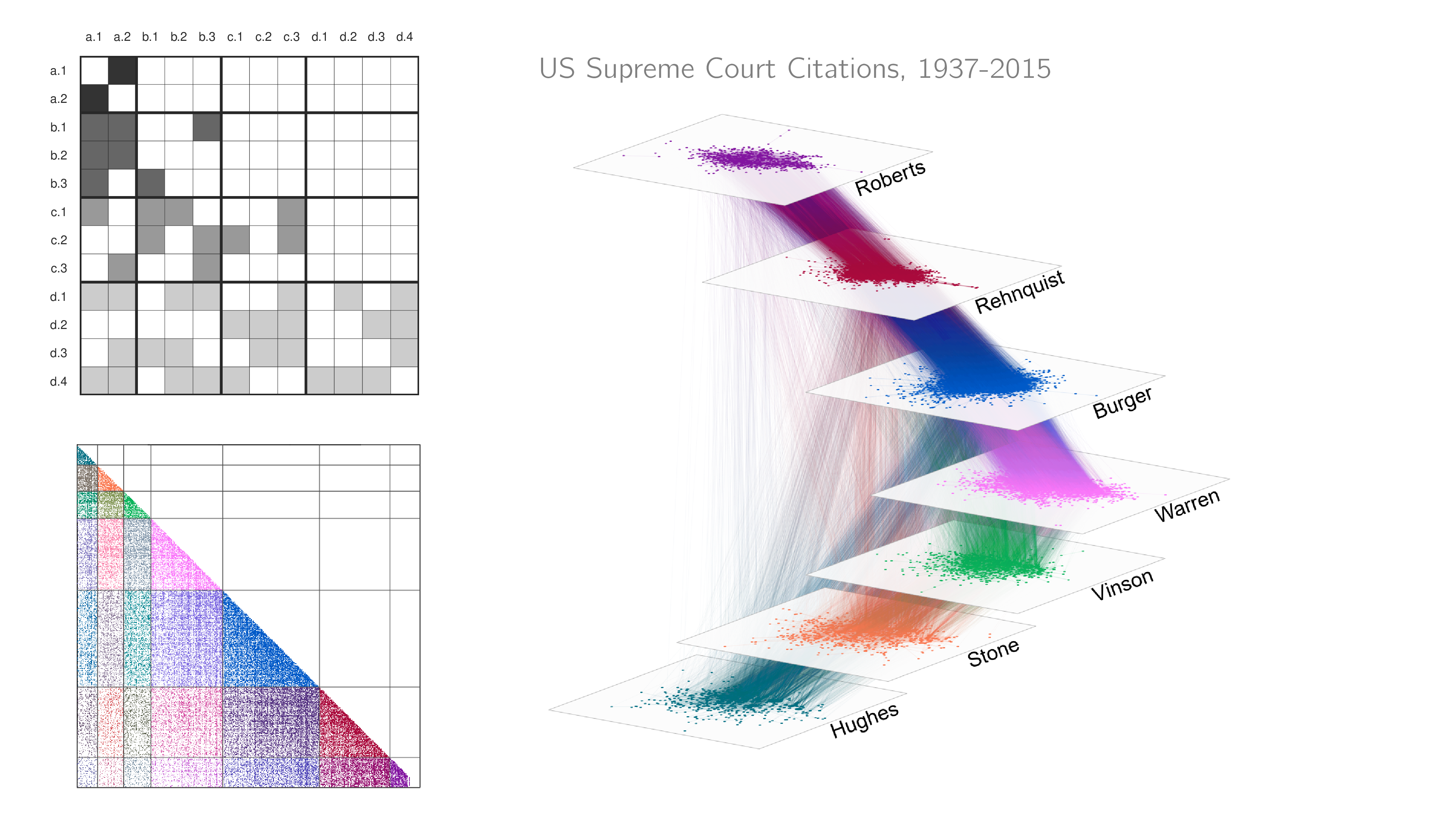 Constrained to no ties going back in order of publication unless they are within the same temporal period.

Relational contexts are conditions that systematically govern the probability of edge formation in a complex network. In the current discussion, they are researcher-specified. 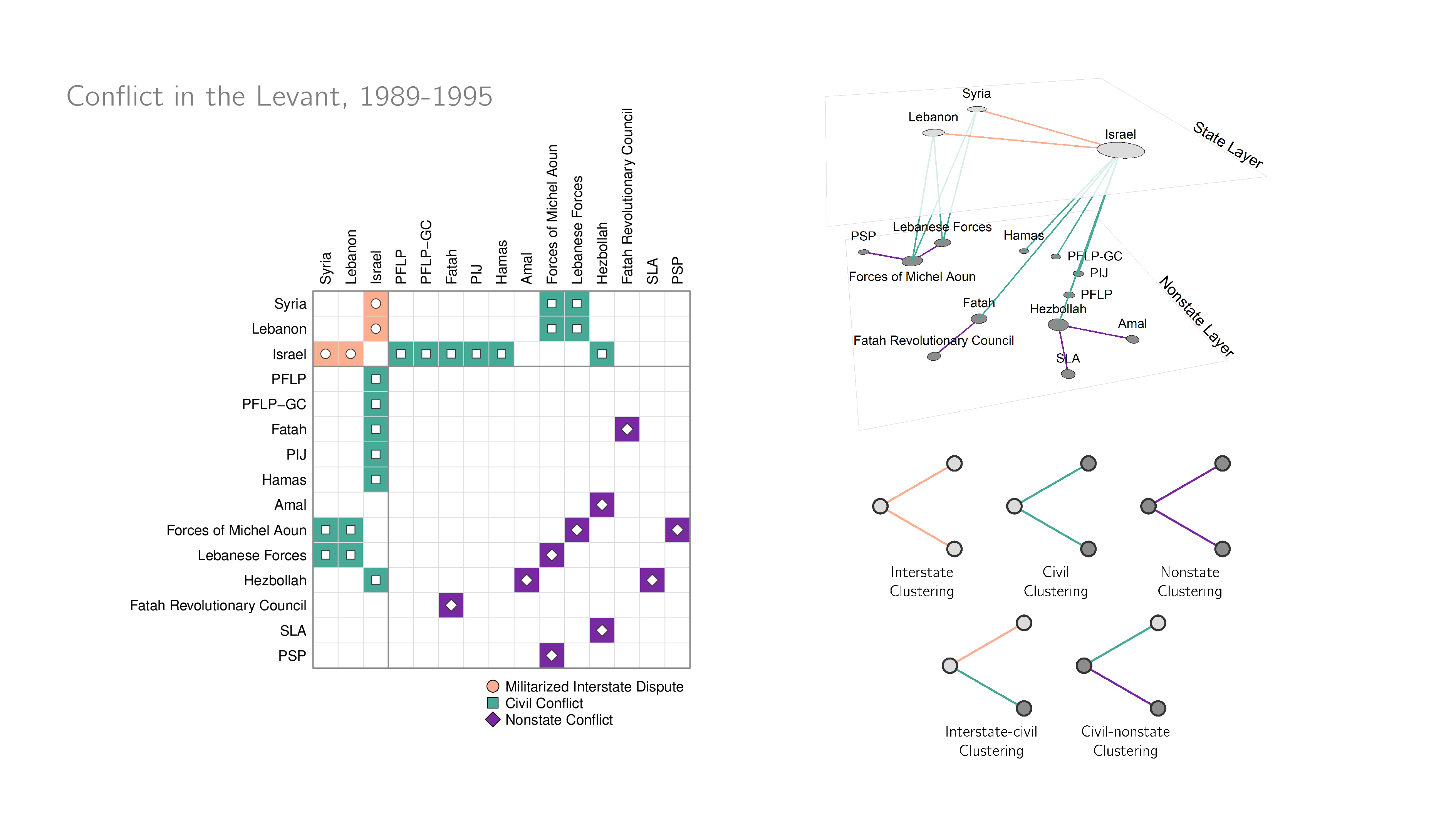 Three relational contexts with no constraints.

Temporal networks are networks where ties are time-period specific 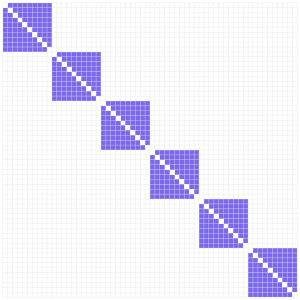 As many relational contexts as time periods, constrained to have no ties across periods.